Your Co-Workers and Their Issues 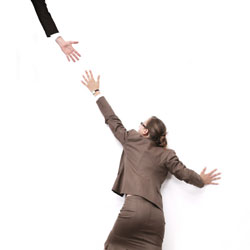 I was ecstatic when my co-worker Amy announced she was pregnant and even happier when I found out it was a girl.

By the time we hit the third trimester I was peeved. Amy had turned into a total flake and I was picking up the slack. My boss laughed, called it “baby brain,” and told me I had no right to judge.

But I think the evidence speaks for itself. Once upon a time Amy was motivated; now we have to remind her two, even three times about the simplest tasks. Her filing skills have become deplorable. She is often late and generally acts clueless all the time. I’m not blaming the pregnancy. What do I know? But I am just a little tired of dealing with her “special circumstances.”

Pregnancy, weddings, small children, sick parents. These are the special circumstances that often begin to tread—quietly at first, and then more loudly—into the workplace. Often the single and unencumbered carry the brunt of the extra work and responsibility. What to do if you are that girl? The one stuck doing everyone else’s job while they are off dealing with their personal lives? Here, a few tips to getting through it.

Suck it up. Yep, you should. You’ll sound like a brat if you complain (at least at the beginning). Plus, someday you’ll want two weeks off in August to get married in Hawaii or go to that family reunion. And when that happens, you’ll hope those same co-workers will be there to cover for you.

Remember what’s in it for you. This is your turn to shine. If you’ve noticed that other people aren’t performing up to par, then it’s likely the bosses have too. Be brilliant, be accommodating, and do it with a smile on your face. You’ll be rewarded with the reputation of having an excellent work ethic, and perhaps a little extra money in the bank.

Quiet your inner beast. Is it really about the prenatal appointments? Or could it be that you are just a little bit jealous? Not of the baby per se (though you could be), but of the freedom to slack off? Kids, illness, and other special circumstances provide built-in excuses. Though the reasons for time off may be totally valid, it can still be a little hard to handle on sunny Friday afternoons. When it is, remember this: They’re going home to a kid sick with the stomach flu. You’re going to happy hour.

Consider the situation. On the sliding scale of special circumstances, some are undoubtedly worse than others. A co-worker who has recently dealt with death might not have the mental wherewithal to cope with detail-orientated tasks. She should be given space and understanding. On the other hand, the guy with the never-ending slew of late-afternoon dentist appointments could be gently reminded of his priorities. It’s okay to ask him to try to schedule his visits for before or after work, or to keep track of the time he’s taken off.

And remember karma. Behave badly and it could come back to haunt you!