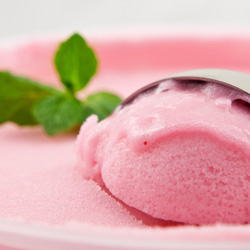 Some days, it’s chocolate; other days, only French fries will do. Cravings for these high fat and highly delicious foods strike mercilessly, making our sensible workday meals seem hopelessly boring, especially when we’re chowing them down at our desks. And since cravings are governed by the mind instead of the stomach, simply eating anything won’t make them go away—our brains know what they want and will accept no substitutions.

Everyone experiences cravings at some point in his or her life and usually they’re for the same kinds of food. But while the cravings tend to be individualized, the catalysts for them are universal. The foods we desire do more than please our tongues, and because of this, cravings are difficult—though not impossible—to overcome.

Mood Food
What we crave is a matter of mood. A common misconception is that our cravings are linked to actual nutritional deficiencies, but that theory hasn’t been proven (though it’d be nice to have that convenient excuse for our next burger or milkshake indulgence). According to nutritionist and wellness coach Rania Batayneh, MPH, women can experience heightened cravings for certain foods at various stages in their menstrual cycles, and a lack of potassium or iodine might prompt the need for salt. But most of the time, cravings are a part of our body’s complex response to stress, undoubtedly the most common trigger for cravings.

A 2003 study at the University of California, San Francisco involved tweaking rats’ stress systems so that they constantly released stress hormones and analyzing how this affected their eating behavior. They found that the stressed-out rats were attracted to high-calorie foods and that the rats put on weight in their stomachs as a result. Eating the higher-calorie options actually eased the flood of stress hormones, which led researchers to believe that chronic stress could signal the brain to seek out calorically-rich foods as a coping mechanism.

Giving in Feels So Good … But Why?
Our cravings vary, but one characteristic they tend to have in common is that they’re high-calorie. They also usually have a high fat and/or sugar content. A 2007 study published in the International Journal of Obesity also pinpointed low protein and low fiber as other common attributes of craved foods. Like rats, our bodies propel us toward dense foods when we’re anxious or worried. The flood of cortisol, a stress hormone, drives the brain to look for something that will make it feel better. When we eat high-energy foods, it causes the release of feel-good chemicals like serotonin, which then creates a link in our brains between ingesting calorically-rich foods and feeling pleasure.

Some believe that cravings have an evolutionary basis; our bodies are predisposed to hunt for high-calorie foods because they’ll provide us with optimal energy and nutrition for survival. Another theory is that we learn to want certain foods in the womb. We develop the ability to smell and taste during the second trimester of pregnancy and develop taste preferences for what our mothers eat while pregnant and during breastfeeding. Our brains also keep track of what makes us happy for future reference, particularly when they yield such immediately rewarding results, as eating rich foods does. In a 2004 study published in the December issue of NeuroImage, researchers asked participants to think of their favorite foods while their brains were scanned to see what areas were activated. The areas involving reward, memory, and emotion all lit up—incidentally, the same areas that are affected by drug cravings.

So when we eat something like a doughnut, we get a rush of pleasurable chemicals and our brain forms a relationship between the food and mood elevation. Notice that we never crave things we haven’t tried before—that’s because cravings are a manifestation of our need for comfort, for things we know will bring us relief from stress, unhappiness, and other negative emotions. And since they’re so tied to memories, it’s not just stress that can bring them on; places, people, and smells can all bring on cravings if the association is strong enough.

Ways to Tame the Craving
Unfortunately, constantly turning to high-calorie treats when we’re feeling low isn’t good for our emotional well-being or waistlines. But completely denying ourselves isn’t much better, either. A study published in Appetite found that women who eliminated carbohydrates from their diets for three days ate almost 50 percent more carb-heavy foods after the elimination period ended. Similarly, a 2006 study done by researchers at University of Toronto showed that severe dieting or calorie restriction leads to more intense cravings. That’s because too few calories, along with too little sleep, can deplete levels of leptin, the appetite-suppressing hormone. So where’s the middle ground? How do we satisfy our cravings without going overboard?

Pinpoint the craving’s origins.
Are you stressed, tired, sad, bored, thirsty, or legitimately hungry? Before reaching for a cookie, figure out what’s making you want one in the first place and act accordingly—drink water, occupy yourself with a walk, and so forth.

Opt for smaller servings.
“Cutting sugars out entirely may be next to impossible for some,” Rania explains. “I always tell my clients you have to manage your cravings.” Portion-controlled sizes of what we’re craving—a square or two of chocolate instead of a whole candy bar, for example—can appease the desire with minimal caloric impact.

Try healthier alternatives.
If you want salty-crunchiness, Rania suggests reduced-fat popcorn, rice cakes with peanut butter, or edamame. For sweets, try fruit, yogurt sweetened with honey, or a few chocolate chips. However, sometimes this can backfire if the craving is strong enough and you’ll just end up eating the substitution and what you wanted originally. If you trust your willpower, try indulging just a little; if not, the healthier alternative might be more up your alley.

Enjoy every meal.
Repetitive, dull meals leave us feeling empty and wanting more, so make each time you sit down to eat memorable. Stimulate your palette with varied dishes that are filling and that satisfy your taste buds.

People often feel guilty about giving into cravings and even having them in the first place, but having the occasional daydream about a favorite treat is perfectly healthy and practically universal—one 2004 survey done at McMaster University in Ontario found that 68 percent of men and 97 percent of women experienced them at least once that year. When the cravings become daily fixtures in your life, that’s when it’s time to figure out what’s causing the need for comfort. But indulging every once in a while is nothing to beat ourselves up over. Now if you’ll excuse me, writing this has inspired a trip to my favorite taqueria. After all, without some occasional naughtiness, how else will we know when we’re being good?