Dealing With a Breakup at Work 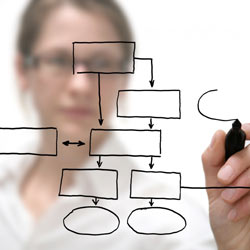 Breaking up is hard to do… especially when you have to go to work the next day. After spending an entire evening arguing with your (now ex-) boyfriend, the last thing you want to do is deal with the idiots in accounting or the crazy client who can’t make up her mind. Unfortunately, business doesn’t cease because of your broken heart. Here, readers tell us how they survived a breakup—and the ensuing workweek—and lived to love again.

Don’t call in sick. It might seem tempting to spend the day moping in bed with daytime TV and a tub of Häagen-Dazs, but you’ll feel better after you shower and get back into your routine. “Work was a good distraction, and since I was living with my ex, it was really good to get out of the house,” says Erica, an account exec for a PR firm whose boyfriend of three years recently dumped her. Erica adds that she “eventually took a morning off, which was nice, but keeping up my routine was definitely key—it reminded me that there was more out there and that life moves on.”

If you must spill, stick to the facts. Your intern or cubicle mate does not need to know that your boyfriend slept with your ex-roommate’s sister. Avoid TMI by simply saying, “We broke up,” then changing the subject so you won’t be tempted to dwell on it. Erica says she told “one good friend, and let her know it was okay to tell co-workers. That was really helpful, as there was no way I could hide that there was something going on.”

Don’t call, text, or e-mail your ex on office time. According to Carrie, a paralegal who broke up with her long-distance boyfriend last winter, “you definitely don’t want to argue with your ex on the phone in front of your co-workers. It will get emotional, and it’s just not good for anybody. Wait until 5:30 to call [your friends] and vent to them about all the stupid things your ex did.” Trust that you broke up for a reason, and allow yourself to move on. This is where keeping busy with work and friends comes in handy!

Take care of yourself. Breakups can wreak havoc on your sleeping and eating patterns, so after the initial shock wears off, try to ease back into exercising and going to bed at a reasonable time so you’ll feel rested. Carrie suggests that you “carry tissues, and maybe download a lot of empowering music on your iPod to listen to while you work. I listened to a lot of Beyoncé during my breakup.” And after a long day, buy yourself a bouquet of flowers or treat yourself to a manicure. It may take some time, but you will start feeling like your fabulous and independent self again. With or without him.