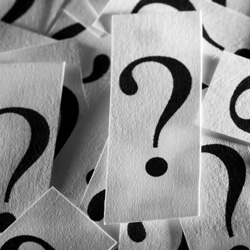 You did it! You reworked your résumé, perfected your cover letter, and landed the big interview. But walking through the door is only the beginning—especially if the interviewer throws some hard-hitting questions your way and you don’t know how to respond. “The interview is an elimination process,” says Dr. Thomas J. Denham, a career counselor at Careers in Transition, LLC, in Colonie, N.Y. “The employer is trying to weed out those who are not the most worthy of the position.” Here, Denham offers some advice on how to answer five of the toughest interview questions.

1. What is your biggest weakness?
Questions like these, says Denham, are asked so that the interviewee admits a weakness that justifies their being shown the door. He recommends responding with: “I have a tendency to say yes and get overcommitted.” Then follow that with an example of how you are working on prioritizing and setting personal limits. Never draw negative attention to yourself by stating a weakness that would lead an employer to think you are not the best person for the job, Denham says. “The focus of your interview should be on your strengths.”

2. What salary do you think you deserve?
“The person who states the salary is the loser,” says Denham, explaining that if you are the first to throw out a number, the number you give could be less than what the employer was planning to pay. Wait for the employer to give a range, and when they do ask you for a figure you expect to be making, choose a salary that is higher than the median they provide. Also, don’t talk salary on the first interview.

3. Why should I hire you?
For this one, Denham says it’s important to prepare before the interview. “Go back to your résumé and look through it for the three to five things that make me outstanding,” he says. These qualities should accent your work ability, like “I’m a hard worker,” or “I get things done.” You have to demonstrate a track record of results. “The notion is that past performance is always the best predictor of future performance,” Denham says.

4. What didn’t you like about your last job?
The employer who asks this question could be looking for you to answer with something that would indicate a weakness of yours, once again in an attempt to eliminate you. So while it may be tempting to trash your boss or complain about the hours (they expected me to be in at 8 a.m.!), try answering with something like this: “I did not feel my responsibilities were challenging enough.” Then the employer will feel confident that you are ready for whatever they may throw at you.

5. Where do you see yourself in three to five years?
The worst answer you can provide to this one, Denham says, is “I have no idea,” even though that might be the truth. “It’s basically like saying, ‘I have no idea what I’m doing with my life and I have no idea how long I’ll stay with this job,’” Denham says. Try a response like “I’ve done a lot of self-assessment, and what I’ve learned about myself is that I want to make a commitment to this career and I want to build my career here.”