How Football Can Help Your Career 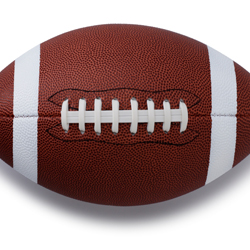 Clueless when it comes to office pools and Monday morning play-by-plays? Sports are the gateway to bigwig conversations and high-powered networking events across industries. But not all of us grew up with private lessons to fine-tune our swings or older brothers to teach us the all-star lingo. That’s why WORKS has compiled the essential information you need to know about the sports of the season so you can talk the talk with your colleagues and successfully navigate your way through game day.

Every fall when the air is just beginning to crisp, office chatter takes an inevitable turn to teams, touchdowns, upsets, and all-stars. Whether or not you’re actually interested in football, it could benefit your career to know a thing or two about it. In case a client woos you with stadium seats, a colleague invites you over for the game, or you find yourself at a loss for words in the elevator, here’s what you need to know.

The game begins when one team kicks off to the other. The receiving team must catch the ball and try to advance it as far forward to the opposite end zone as possible. The play ends when the player with the ball is tackled, runs out of bounds, or makes it all the way to the end zone for a touchdown. The offensive team gets four downs (chances) to move the ball 10 yards, and an additional four downs each time they succeed until they score a touchdown. If the offense fails to get a first down after four attempts, the other team gains possession of the ball, starting with a first down.

Points can be scored either by kicking the ball through the goalposts for a field goal (3 points) or by running or catching the ball in the end zone for a touchdown (6 points). After a team has scored a touchdown, they get to kick the ball for an extra point. A third method of scoring is called a safety (worth 2 points for the defensive team), which occurs when a player is tackled in his own end zone.

Whether you’re going to the game or watching it on TV, casual attire is the way to go. A fitted T-shirt in your team’s color paired with a sporty zip-up or a chunky cardigan and jeans will suffice. If you can pull off a baseball cap, give it a go. Throw on a pair of flats or casual sneakers. No heels. No skirts. Period. And if you’re not a true fan, avoid the face paint and cheering accessories.

Some of America’s top businesswomen, including CEO of Rand Construction Linda Rabbitt, have been known to purposely intersperse sports terms in their conversations with male colleagues. Here are a few football terms for you to try.

Quarterback: This is the offensive player who receives the ball from the center at the beginning of each play, and then either hands it off to the running back, throws it to a receiver, or runs with it. In business, it refers to the person in charge who makes things happen. “Jon, you’ll be the quarterback on this project.”

Interception: This is when a defensive player catches a pass that was intended for a player on the offense. It can be used to refer to capturing the competition’s business. “We can’t afford to let this idea be intercepted.”

Fumble: When an offensive player drops the ball, whether forced or not, it’s called a fumble. This can also be used to describe a setback. “I’m afraid we fumbled this opportunity.”

Huddle: When players on the field gather with their teammates to discuss the upcoming play, it’s called a huddle. In business, it can refer to a strategy meeting. “Let’s form a huddle so we can decide how to approach this client.”

Blitz: This is a strategy in which one or more defensive players ignore the usual opponent they cover and go after the quarterback. Blitz can also refer to aggressively targeting a certain market. “Let’s blitz the media with a press release on our grand opening.”

Sack: On the field, sack refers to a tackle of the quarterback. Off the field, it can simply mean crushing the competition. “We sacked them with our last campaign.”