How to Be a Good Mentor 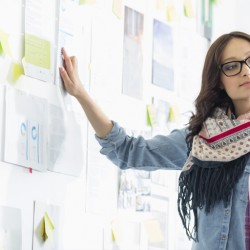 Since people are often on their best behavior during a job interview—and have probably spent hours perfecting their résumé—it can be hard to tell whether they’re only “good on paper.” That’s what happened to Kristen, a supervisor for an accounting firm in New York City, who went through three assistants in 18 months before finding the right one. One candidate, fresh out of college, bailed after only a month when a better offer came along. Another lasted four months before she “flaked out and never showed up again,” says Kristen. And candidate No. 3 seemed absolutely perfect, until a background check revealed that she had lied about getting a college degree. “Our firm takes the hiring process very seriously, but we weren’t hiring the right people,” says Kristen. “It was frustrating.”

Chances are if you’ve been successful climbing the work ladder, it’s been with the help of a mentor. The dictionary defines a mentor as a “trusted counselor or guide,” but anyone who’s had a mentor knows they’re so much more: a workplace coach and confidant, a career adviser, a respected listening ear.

It’s clear that mentors can help you do great things. Now it’s time to pay it forward by taking that new girl at work under your wing and helping her to grow and succeed. Here’s how to do it right.

Consider the benefits. The benefits of mentoring are clear: It strengthens and extends your networking circle, contributes to the well-being of your workplace, and makes you (and your mentee) feel good. But know where to draw the line: You shouldn’t mentor someone who you might be competing with for a promotion at the office. You also shouldn’t get into the mentoring game because you expect any personal or career gains, though your good karma will no doubt throw some your way. That warm fuzzy feeling you’ll get after helping your younger working gal pal talk through her rough day at the office should be more than enough compensation. If it’s not, rethink your motivations.

Set guidelines. Mentoring relationships can be as formal or as informal as you choose. If you’ve already made friends with the brand-new, just-out-of-college girl at work, offer to go out to coffee or lunch once a month and chat about work and career strategy. She’s probably dying to bounce some ideas off of you. If you’re interested in mentoring but prefer something more formal, check out mentoring.org or put the word out at work that you’re open to being a sounding board for younger, less experienced employees.

Stick to business. No matter how much you have in common, you should steer clear of becoming too involved in your mentee’s personal life. This means no hour-long conversations about her mounting troubles with her boyfriend. Instead, offer advice and strategies that will help her progress in her career and do her job better. Share your “been there, done that” perspective about working long hours, always saying yes, and dealing with industry issues. Help your mentee celebrate her successes and nurse the wounds of her failures. Remember, the key to any good relationship is trust.

Don’t forget yourself. Just because you’re no longer a newbie doesn’t mean you don’t need a mentor. If you’re feeling stagnant or especially stressed at work, think about the people at work you admire and respect most. Who are the people who have taken their career to the next level and done it with grace and style? Consider asking that woman (or guy—men can be great mentors too) if they’d be willing to help shape the next step in your future.