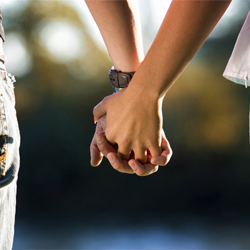 “Look for a husband in college,” said my Father (back when I was in college). “It’s much easier than in the real world.” I sincerely wish that I would have listened to him. And writer Susan Patton seems to agree. She wrote an article recently for the Wall Street Journal, detailing all of the reasons that women would have a much easier time if they enter the real world already mated up.

Part of the reason for this, is that while in college, you’re living within a society made up primarily of people your age, with at least some educational values and ambition to succeed. The pool is simply more condensed and homogenous than in the real world. This is especially true if you attended an Ivy League or other top tier university, where strong work ethic and drive are the commonalities that got you all there in the first place.

Another reason Susan Patton and my Father are right, is that for most women in college, their studies and social lives during college carry equal weight. Though some students dedicate more time to studying than others, the entire environment is socially focused. Once you enter the working world, your primary focus becomes finding a job and proving yourself within the field you’ve chosen. Those first few years post-college, you’re slaving away, working late and coming in early, with little time for your friends, let alone trying to find someone viable to date. By the time you have reached a level of career success where you actually have a little bit of freedom, you’re probably in your early 30’s. Take it from me that by then, the pickings have slimmed down substantially for women. Like Patton mentioned, the men your age want younger girls.

The only problem with this theory is that most college aged women don’t necessarily have enough dating or life experience to know what qualities to look for in an ideal partner. I don’t know about you, but in college I just wanted to have fun and date the cutest guys in the best fraternities. 99% of them were not marriage material. Susan Patton should really be directing her writing to college-aged girls and not to the 30 somethings already depressed they haven’t found Mr. Right. If only I had listened to my Dad.