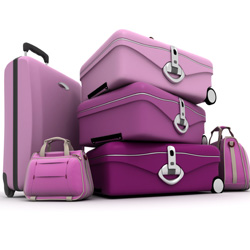 Let’s face it: If you want a high-flying career, you may not be able to stay in one place (or one country, for that matter). But whether it’s a lateral jump to a sister city or a promotion to a new branch halfway around the world, the idea of relocating is enough to freak even the most ambitious women out. Here are a few things to keep in mind before you make a move.

Know where you draw the line. Before you even think about relocating, make a list of the pros, cons, and what you absolutely won’t compromise on. That’s what Martha Rotter—a software engineer who recently moved from Seattle to Dublin, Ireland—did. “More than anything I was looking for the chance to do something new in an environment I liked,” she recalls. “I considered things like cultural differences, what I would learn from the job, how difficult it would be to see my family and friends, what would happen to the career I had built in the U.S., etc.” If the pros outweigh the cons and you’re comfortable with the sacrifices you’ll need to make, take the job.

Analyze the offer. Don’t be swayed by a snappy title or a bigger salary. Relocation packages are complex, so take the time to find out where you’ll fit into the new corporate structure, what your new responsibilities will be, if your salary is really increasing (or simply inflated by a cost-of-living adjustment), and if moving and/or housing costs will be covered by the company. Also consider how accepting the new position will affect your career in the future. For Kelly Scanlon, an attorney who moved from Washington, D.C., to Cleveland, it was worth it to change locations now in order to keep her future options open later. “I figured with a large firm, I might have a chance to relocate within the firm or, worst-case scenario, having a prestigious company name on my résumé couldn’t hurt.”

See it for yourself. Remember how your university looked in those glossy brochures they sent you—and how different it turned out to be once you got there? The same goes for what your HR department tells you about your new city. If at all possible, visit the location you’re considering before you make any decisions. When Kristen Flint, a former territory manager, made the move from Philadelphia to New York, she only made a quick trip to the Big Apple beforehand, and lived to regret it. Flint ended up living in a hotel for two months until she could find a more permanent place to live. Before you go, speak with your potential colleagues, log on to city, state, or country websites, and track down a few guidebooks. Then get in touch with any relatives or friends in the area to pump them for information on the climate, quality of life, local sports teams, or the price of a blowout at the local salon. That last one alone could be a deal breaker.

Make a decision, then celebrate it. Regardless of whether you decide to stay or go, if you’re comfortable with your decision then it’s worth celebrating, simply because you’re doing what’s best for you. And once you know this, you’re bound to flourish in the future. Now, where’s that bottle of bubbly?