What Not to Talk About at Work 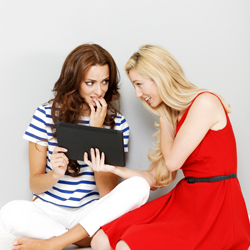 Unless you’re paid to kvetch with Barbara Walters on a daily basis (and with the speed at which the door is revolving at The View these days, that’s not such a long shot), one of your main job functions is to coexist peacefully with your co-workers. Easy, right? Even easier if you watch what you say around the watercooler. You’re free to say what you like (it’s a constitutional guarantee), but your co-workers are just as free to judge you—or resent you, or just plain not want to work with you—based on the words that come out of your mouth. Some topics are so loaded with controversy and emotion that forcing your views upon your colleagues (or simply bringing up the topic for discussion in the first place) could have you branded as the office loudmouth. Unless you’re eager to wear that crown, steer clear of these hot-button topics.

Politics: Office politics are contentious enough without bringing in a play-by-play of the goings-on in Washington. Whether you have already slapped a Clinton 2008 bumper sticker on your hybrid or spend your lunch hour reading Hannity and Colmes’ website, political debate can divide an office as quickly as it can divide a country. With the nation embroiled in a controversial war and an epic election looming on the calendar, it’s getting harder to avoid chatting about politics around the watercooler. But if productivity and sanity are priorities for you, leave the debating to the candidates.

Religion: Oh, God. Most of the great moral issues of our time are closely tied to religion. Gay marriage, abortion, end of life: Wherever people stand on these issues, their viewpoints are always passionate, often immovable, and inevitably tied directly to their spiritual views. You don’t stand a chance of altering these beliefs (let alone revamping anyone’s soul) during a 15-minute coffee break.

Sex: The series finale of Sex and the City left you inconsolable, and it wasn’t just because Mr. Big chose Carrie instead of the more obvious option (you). You mourned the end of those Sunday-morning brunches, where the gals recounted their between-the-sheets triumphs and trip-ups in deliciously graphic detail. In your grief, you attempt to re-create the chats around the watercooler, ’cause nothing builds camaraderie and sisterhood better than sex talk, right? Wrong. Not only can sex talk degrade your professional stock in the eyes of the people you need to impress, but forcing graphic innuendo on people who don’t want to hear it is a form of sexual harassment. Save it for gabfests with your girlfriends.

You: You’re not going to get fired or sued for zeroing in on this topic, but rambling on about yourself and showing absolutely no interest in the people around you will definitely alienate your co-workers. The more cringe-worthy the details (salary, divorce, excessive happiness), the more people are going to scatter when you enter the break room. The remedy for self-absorption is simple: Start asking your co-workers questions and then actually listen to their responses. Also, wait for them to ask you about your life before spilling all the details. Now, if only asking for a raise was so simple.