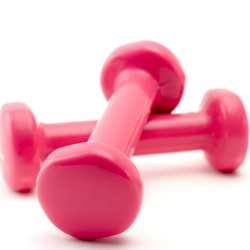 I used to have a co-worker who was training for the Boston Marathon. She went for a run after work, and a driver cut her off when she tried to cross the street. In her frustration, she almost flipped off the driver. Fortunately, she stopped herself as soon as she realized it was a board member for the organization where we both worked at the time!

Whether you’re running outside or on a treadmill at the gym, your behavior outside the office can impact your professional image. WORKS chatted with April Cowin, a personal trainer at The Sports Club/LA in Boston, to find out about the biggest workout faux pas and how to deal with them.

Don’t monopolize the machines. Most gyms have time limits on cardio machines during peak hours (usually before and after work) so that everyone can fit in their workout. If another gym member is ignoring the time limit, Cowin says you should “find a staff member to intervene” instead of confronting the member yourself. If someone is on a weight machine, “gym etiquette allows you to ask to ‘work in’ with someone trading off sets, and vice versa. If you are approached, you should always graciously share the equipment as well.”

Prep the equipment for the next person. We’ve all cringed as a fellow gym-goer stepped away from a machine and left a pool of sweat on the seat. True, the next person could wipe it down themselves, but it’s courteous to do it after your workout, even if you don’t leave any visible perspiration. Another no-no, according to Cowin, is “not putting your weights or equipment away when you’re through with them so the next person can find them easily.”

Don’t be intimidated by other gym members. Unfortunately, women sometimes feel uncomfortable working out in front of men, especially if said men are behaving like adolescent boys. The easy fix is to pick another part of the gym and return to that area later. But if that’s not an option or if “it’s a recurring situation, [you should] discuss it with a staff member,” says Cowin. After all, you’re both paying membership fees, and you’re both entitled to a good workout.

Mind your manners in the locker room. Locker rooms conjure up scenes from our dreaded teen years. As an adult, you should show some maturity and be considerate of other gym members. That means not leaving your towels everywhere or taking up a whole bench with your stuff. Cowin adds that if you want to chat with people in the locker room, it’s best to wait “until they’ve at least put on a towel to start a conversation.” Point taken.