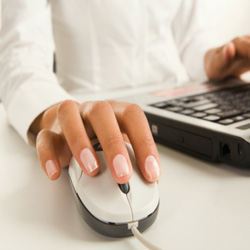 “Debrett’s may be able to tell you which soupspoon goes where—but the guidebook of technological niceties hasn’t been written yet,” says etiquette expert Christopher Middleton. “And the ease with which we can communicate in the 21st century makes it too easy to send misspelled e-mails or make badly timed calls.” And it’s these seemingly small things that make you, and your company, look bad. Unsure as to whether your TE is up to par? Read on…

DO: “Write client e-mails as you would a letter,” advises Middleton. “Use ‘Dear’ followed by their name. Politeness is always appreciated, especially when not expected.”

DO: Confirm receipt of e-mails—even when it’s not requested.

DO: Change the subject line to suit the content when e-mailing back and forth. RE’ing is lazy and makes it difficult for clients to access necessary parts of a long exchange in a hurry.

DON’T: “Send e-mails with empty subject lines,” advises Middleton. “It’s a bit arrogant—as if you assume that your name alone should warrant them opening the mail.”

DON’T: BCC your boss—it’s bad form. Far better to forward an e-mail to them with an FYI.

DON’T: Overuse the word urgent. People hate being forced to go to e-mails that aren’t.

DO: Return a call rather than keep someone holding. And if you’re going to put someone on hold, don’t ask permission (they might say no). Rather, tell them you’re going to. And use their name—it makes them more likely to comply good-naturedly.

DO: Call if canceling a meeting or lunch date. How irritating is it to wait for ages because you didn’t get the e-mail asking to reschedule?

DON’T: Call a client on their cell unless they’ve given you permission to do so—even if it’s on their business card. And the first words out of your mouth should be, “Hello, Mr. X. Your assistant said it would be okay to call you here…”

DON’T: Answer on the first ring. You can catch a caller off guard, which can fluster them.

DO: Put in a courtesy call via landline to make sure a client is familiar with a certain technological device you wish to use to communicate with them. If they’re not, offer to e-mail them assistance.

DO: Include an introductory note with invites sent via networking sites like LinkedIn. It should detail to the invitee why networking with you is an attractive prospect. It’s presumptuous not to.

DON’T: Blog about your co-workers or bitch about work on social sites—however tempting. One out of five company managers checks applicants’ Facebook profiles, and out of those applicants, one-third get passed over because of what employers find.

DON’T: Rely on the Internet for everything. “Some things should never be done via technology. Namely: giving thanks, giving a reprimand, and giving someone the boot.”